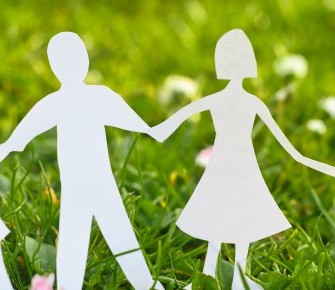 A man has been fined £2,500 for exposing the residents of a home in Putney, himself and his assistant to asbestos.

Dean Callaghan, trading as Rubbish Taxi, was hired by a Putney homeowner to remove a boiler cupboard which was believed to contain asbestos.

Mr Callaghan carried out the removal of the cupboard with his assistant on December 28 last year. During the day, the homeowner saw panels of the asbestos containing material (ACM) being carried down four flights of stairs in his home. The panels were not wrapped and were potentially spreading asbestos throughout.

He later discovered that some dust and debris remained in the loft following the removal. He contacted an asbestos surveying company who sampled the material and found the loft was widely contaminated with asbestos, with samples showing that this material likely came from asbestos insulation board.

The homeowner then had to get a licensed asbestos contractor to carry out an environmental clear of the loft area in his home.

The Health and Safety Executive (HSE) investigated and found that Mr Callaghan had removed approximately 8m² of asbestos insulation board, and that the removal had been carried out poorly.

Speaking after the hearing at Westminster Magistrates’ Court, HSE inspector, Loraine Charles, said: “The dangers associated with exposure to asbestos are widely known. Asbestos still kills around 5,000 workers in Britain each year; this is greater than the number of people killed on our roads.

“Dean Callaghan carried out work which was liable to, and did in fact expose himself, his co-worker and the members of this household to asbestos.”

Mr Callaghan was fined a total of £2,500 with costs of £701 after pleading guilty to an offence under Regulation 11(1) of the Control of Asbestos Regulations 2012.

The work that was carried out should only have been carried out by companies who hold a license granted by the HSE, and although Mr Callaghan had attended a course for low risk, non-licensable work, he did not hold this license.

“Any work that disturbs asbestos is potentially extremely dangerous. It is important that householders recognise that any significant asbestos removal work in their homes must only be carried out by licensed contractors, and that unlicensed operators do not put themselves and others at risk by carrying out work beyond their capabilities,” Ms Charles said.