A recent survey of UnionLine employees for the Solicitors Regulation Authority has revealed that 60 per cent of respondents were among the first generation of their family to go to university. 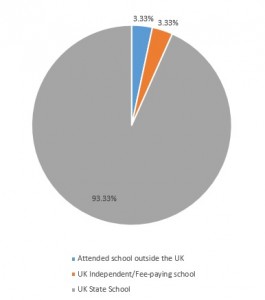 Type of school attended by employees

The survey, which was conducted by the firm across the year and submitted to the Solicitors Regulation Authority (SRA) on September 30, is required to show the equality and diversity data of the company. It was recognised that there was a lack of a diverse legal profession, so since 2011 the Legal Services Board has required regulators to monitor the equality and diversity of their firms.

As a result, all firms regulated by the SRA are required to submit their equality and diversity data each year. The SRA can then identify and inform the approach firms take to recruitment, promotion and other workplace policies.

The SRA has been keeping data for two years, allowing law firms across the country to see how they compare, and to identify areas for improvement. UnionLine has been able to identify key areas where it is ahead of the national trend.

Sixty per cent of UnionLine employees were the first generation of their family to go to university, putting us ahead of the national figures of just 34 per cent. However, 10 per cent of UnionLine employees did not attend university at all. This figure is lower than the SRA’s figures, which show 37 per cent of workers in the profession have not attended higher education.
Results showed that 10 per cent of the firm’s respondents considered themselves to have a disability under the definitions of the Equality Act 2010. In the SRA figures, this number stands at just two per cent. 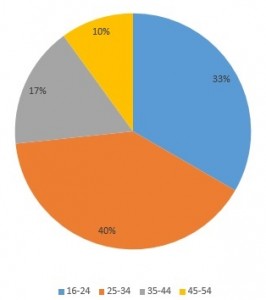 All respondents who stated they held a managerial role within UnionLine were female, while 33 per cent of chartered legal executives were male. Eighty-three per cent of solicitors at the firm are female. 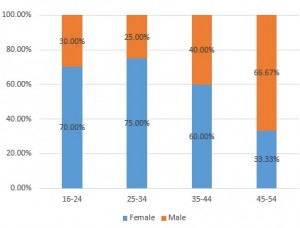 Age of employees by gender

However, there were some areas where UnionLine has potential to improve its equality and diversity data.