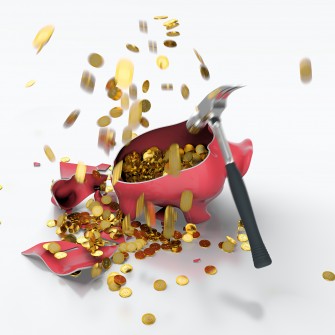 After UnionLine made a complaint to the Financial Ombudsman over its conduct, the financial company Virgin Money has apologised for the way it dealt with a deceased client’s account.

UnionLine was acting as executor of the will a GMB member made through the will-writing service. Sadly, the client passed away in April. They died with no family, so UnionLine wrote to all companies they had accounts with to request they be closed.

Despite repeatedly informing Virgin Money of the death, they continued to send letters demanding payments from the member to their home address. They also added late payment fees to the account and warned that future card payments would be blocked.

In June, UnionLine submitted a complaint to Virgin Money asking them to take action – to close the account, confirm they had received payment for the final balance, and remove all late fees.

Under their own complaints procedure, they should have responded to this complaint within eight weeks.

As they failed to respond within this time, UnionLine made an official complaint about Virgin Money to the Financial Ombudsman.

But this week, UnionLine and Virgin Money were able to come to a satisfactory resolution over their conduct in relation to this particular account.

A Virgin Money spokesperson said: “We have looked into this and accept full responsibility for the administrative errors relating to this matter.

“We did not meet the usual high standard of service we expect and we apologise unreservedly for the distress and inconvenience caused. We have reimbursed UnionLine in full and offered a gesture of goodwill.”

Matt Cordall, Head of Legal Practice at UnionLine, said: “Virgin Money’s failure to deal with the matter of the death of a GMB member was not the standard of service we would expect from them.

“Our concern was that grieving families may have to suffer the same poor level of service from Virgin Money, but we are now reassured that this incident was due to administrative errors and will not happen again.

“We are grateful to Virgin Money for their quick resolution to this matter through their apology and the goodwill gesture they have made,” he added.

“We feel that this matter has been fully resolved and we will withdraw our complaint to the Financial Ombudsman as a result.”