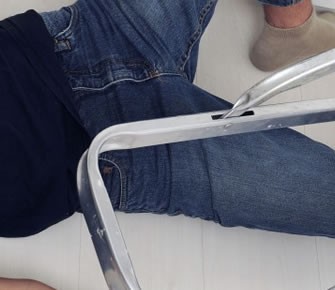 A Lewisham roofing company has been fined £7,000 for safety failings after a worker was seriously injured in a five metre fall from a property in Bromley.

Daniel Dennis, 22, from Lewisham, fractured his pelvis, back and broke his arm, in the incident at Dorset Road on 30th January 2013.

His employer Element Roofing Co. Ltd was prosecuted on 28th April after an investigation by the Health and Safety Executive (HSE) established that more should have been done to prevent the fall.

Westminster Magistrates’ Court was told that Mr Dennis was working with a colleague to replace lead flashings on the roof of a domestic property.

While doing this work he fell from the roof onto the pavement below. HSE found there was nothing in place to prevent or mitigate a fall, such as edge protection or safety harnesses.

Element Roofing Co. Ltd, of Heather Road, Lewisham, was fined £7,000 and ordered to pay £1,993.20 in costs after pleading guilty to a single breach of the Work at Height Regulations 2005.

After the hearing, HSE Inspector Toby Webb said that it was an entirely preventable incident.

“The risks of falling during roof work are clear and there is readily available guidance from HSE and others on the action to be taken to prevent falls,” he said.

“As a result Mr Dennis suffered serious injury and his colleague was also placed in danger as he too could have fallen at any time.”