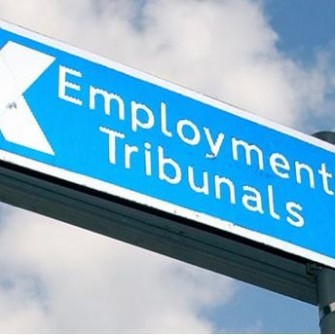 A former theatre critic at the Sunday Express has lost his employment tribunal against the national newspaper for unfair dismissal and sexual discrimination.

It was ruled by an employment tribunal that Mark Shenton ‘was not an employee within the meaning of the Employment Rights Act’ and consequently it had no jurisdiction to hear the claim for unfair dismissal, according to The Stage website.

Shenton, who is also a regular contributor to The Stage, was dismissed by the Sunday Express in December 2013 when naked images of him from an American website were forwarded by a third party to the paper’s editor, Martin Townsend.

Express Newspapers said that the images had brought the newspaper into disrepute and sacked Shenton – who denied knowledge of the website – after eleven-and-a-half years in the post.

The tribunal said that while Shenton had failed to establish his status with Express Newspapers as an employee rather than a self-employed contributor.

It was also noted that Townsend and group HR director Julie Fullilove had “conducted an unfair process” in terminating his contract and that “they withheld information [and] gave inconsistent accounts of the reason for the termination.”

“The inconsistent reasons given for my firing was my supposed dishonesty in not telling them about the existence of the pictures online when they were first brought to my attention, and a suggestion that they had the potential to bring the company into disrepute,” Shenton told The Stage.

The tribunal noted that Express Newspapers had paid to bypass the American website’s pay wall to search for other images of Shenton but ruled that Northern and Shell’s “interests in the pornography industry” were not relevant to the case.

A spokesman for Northern and Shell said: “After going through this robust legal process we are very pleased that the tribunal has found in our favour on all counts.”