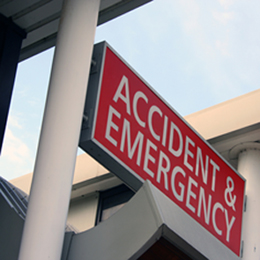 Manchester City Council has been fined £15,000 after a worker suffered serious injuries whilst litter picking on a busy parkway.

The 60-year-old from Stretford, who has asked not to be named, had been trying to cross Princess Parkway, a busy road with a 40mph speed limit, when he was struck by a car on 9th July last year.

Manchester Crown Court was told that the worker sustained four broken ribs, a punctured lung, a cut to the liver, a fractured right eye socket, fractures to his face and a broken pelvis.

His injuries were so severe that he has still not been able to return to work.

An investigation by the Health and Safety Executive (HSE) found that Manchester City Council did not have a safe system of work in place and had not identified being struck by a car as a risk associated with litter picking work.

Staff had not been given any information about controlling or informing traffic about them working on or near the road.

Following the incident, HSE served an Improvement Notice on the council requiring it to look again at its risk assessment and control procedures.

Manchester City Council, of Albert Square, Manchester, was fined £15,000 and ordered to pay £3,830 in prosecution costs after admitting to a breach of the Health and Safety at Work etc Act 1974.

Speaking after the hearing, HSE Inspector Emily Osborne said: “A council worker suffered serious injuries that could easily have been prevented had suitable actions to reduce risk been taken.

“Any work requiring people to be close to moving traffic needs to be properly assessed. Workers need to be protected and motorists need to be made aware that there may be people working in the road ahead.”