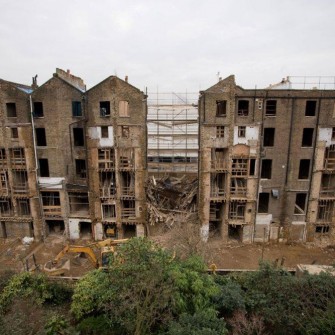 An NHS Trust has been fined £55,000 after it was found likely to have exposed workers to potentially fatal asbestos material for more than a decade at three of its hospitals.

Between April 2000 and December 2011, the estates team at West Hertfordshire Hospitals NHS Trust was maintaining buildings at Watford General Hospital, Hemel Hempstead Hospital and St Albans Hospital without knowing that asbestos was present or being trained to identify and control exposure.

The estates team, whose work is to carry out small repairs and maintenance projects where external contractors are not needed, could have disturbed asbestos fibres in the course of a job, but would have had no way of knowing or of protecting themselves.

St Albans Crown Court was told that over the 11-year period, the Trust had identified some of the asbestos materials at their sites but did not have a management or monitoring plan in place to control the risks associated with the deadly fibre.

It was only when additional surveys were carried out in December 2011 that the Trust realised more asbestos was present at all three hospitals than initially identified. Neither the newly identified asbestos nor the material that had originally been identified were being managed.

The Trust alerted the Health and Safety Executive (HSE), which investigated and brought a prosecution for health and safety breaches against the Trust on 20th August.

The court heard the NHS Trust immediately put control measures in place after the survey results came back. Unfortunately, the extended lack of awareness reiterated that it had caused workers to potentially be exposed over a significant period of time, which constituted a major failure on its part.

West Hertfordshire Hospitals NHS Trust, of Vicarage Road, Watford, Hertfordshire, was also ordered to pay £ 34,078 in costs after admitting to four breaches of the Control of Asbestos Regulations 2006 and a single breach of the Health and Safety at Work etc Act 1974.

Speaking after the hearing, HSE Inspector Sandra Dias said that all employers have a duty to protect their staff from the long term health risks associated with asbestos, which include lung cancer and mesothelioma.

“This duty includes finding out whether the premises contains asbestos, assessing the risks and making a plan to manage that risk and act on it,” she said.

“West Hertfordshire Hospitals NHS Trust did not adequately manage the risk over an 11-year period. As a result, a number of its employees will now have to spend the rest of their lives not knowing whether they have been exposed. We all hope that none will suffer as a result.”